Flavian Amphitheater of Pozzuoli, the major arena of Puteoli 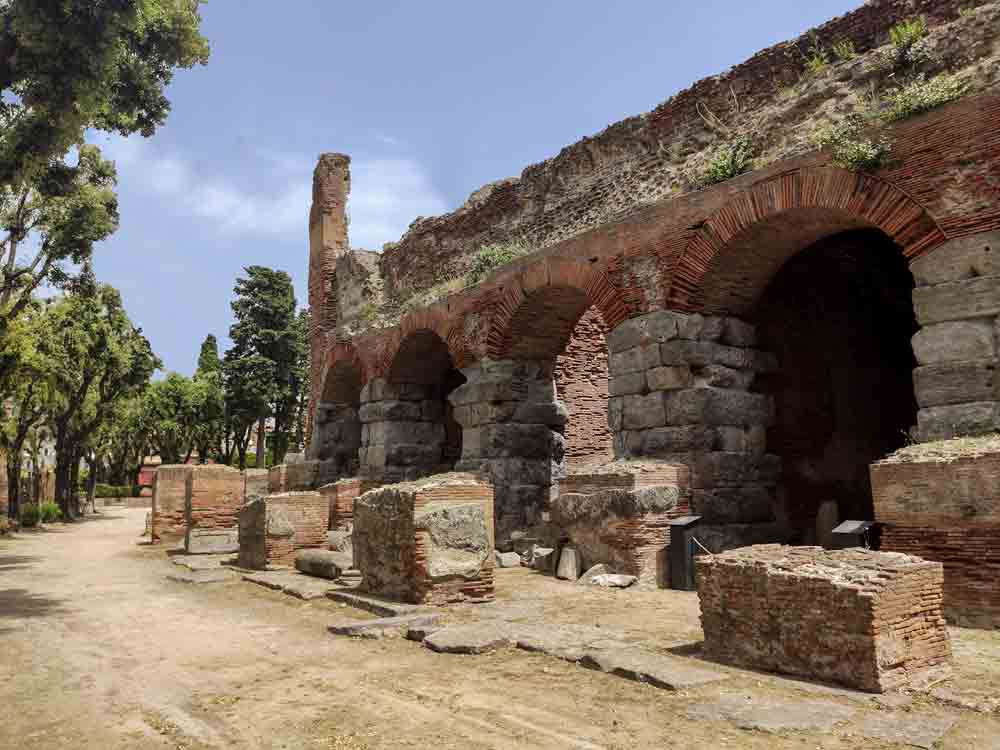 In Pozzuoli (Italy), the amphitheatre

The Flavian amphitheater of Pozzuoli is an arena built in the second half of the 1st century. A.D. because the smaller one did not have enough capacity for the spectators. In fact, in that time the Roman colony of Puteoli had a strong population growth and not everyone was able to get a place in the stands. 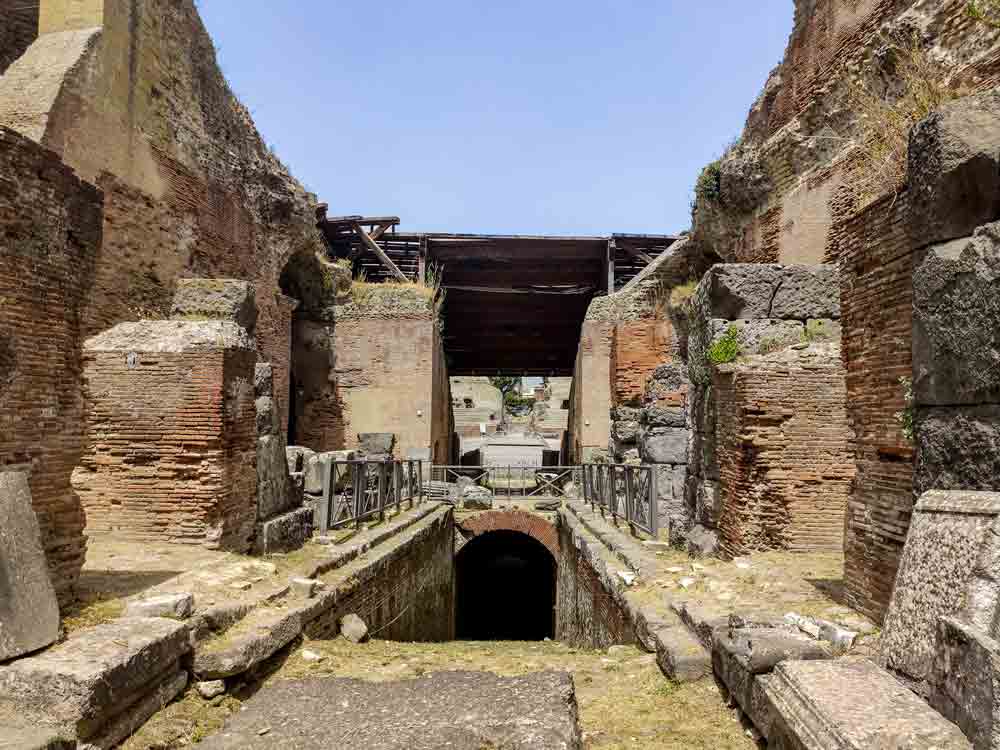 The amphitheater of Pozzuoli is the third largest amphitheater in Italy after the Colosseum and that of Capua. It is 149 meters long and 116 meters wide and at that time it could accommodate up to 40,000 people.
The entire structure was built on 3 levels: Arena, terraces and underground.

The undergrounds of the Flavian Amphitheater of Pozzuoli 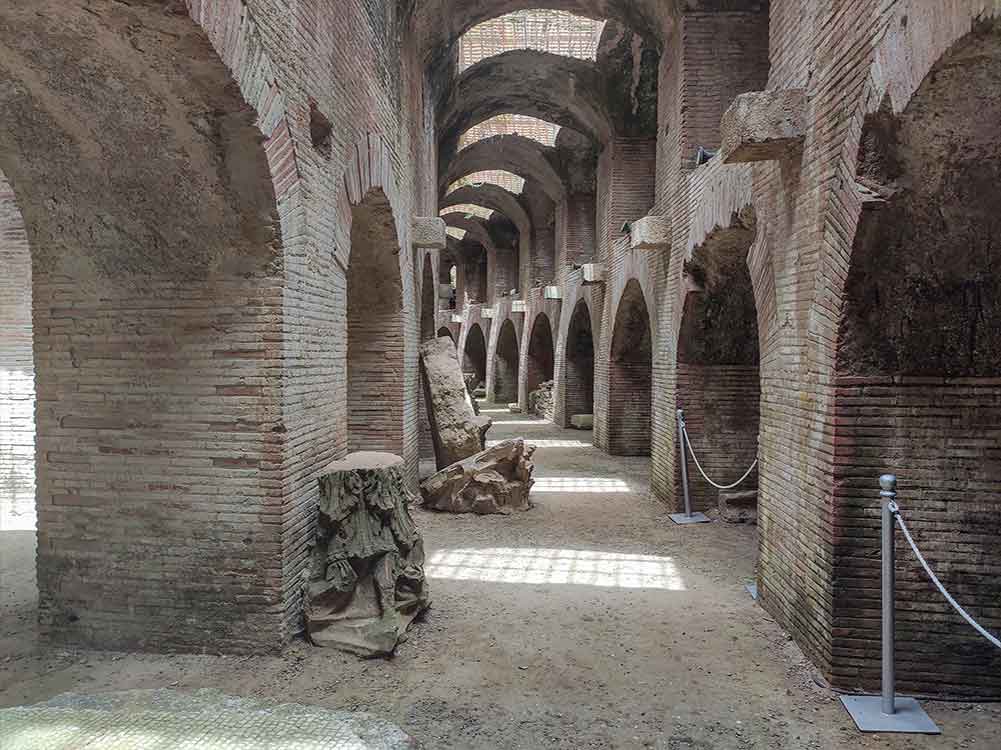 The Flavian amphitheater of Pozzuoli was equipped with the underground, a place where wild animalswas were locked in their cages. But this area of amphitheater was also the place where the gladiators were waiting their moment to fight and prove their abilities on the arena. 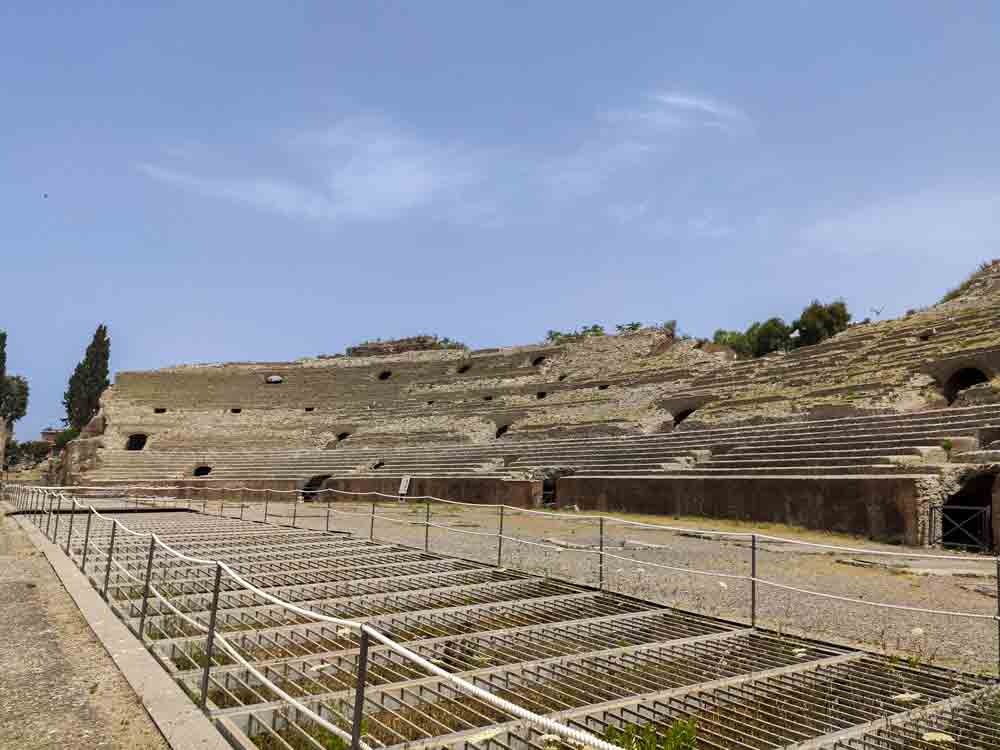 In Pozzuoli (Italie), the arene of the amphitheatre

The arena of the amphitheater of Pozzuoli was that place where aggressive behaviour of the animals and the skills of the gladiators entertained the Roman aristocracy of the ancient city of Puteoli who were looking at the fighting from the top of the stands.

How much does the ticket of the amphitheater cost?

The Circuito Flegreo ticket is valid two days and allows you to visit:
- the archaeological park of the ancient Roman baths of Baiae

- the archaeological excavations of Cumae

How to reach the Pozzuoli Metro station car park by car

The parcking is at 300 meters distance from the amphitheater, please click on the photo to open the navigator.

How to reach the Pozzuoli amphitheater by public transport:

The Minor amphitheater in Pozzuoli

At that time there was already another amphitheater in Pozzuoli and it was built in late republican age (around the first years of I Century A.D.).
There was no subterranean and it was smaller than the who know and we can visit today. It was 130 meters long and 95 meters wide and it could hold up to 20,000 spectators.
At that time in the city of Puteoli there was a fast population growth. There was a need a new bigger amphitheater to contain all those spectators. For a few year both of them were operating together.
It was located just at 100 meters distance from the other amphitheater. To know the exact location, you need to exit from the Pozzuoli metro station and get the main road, then the minor amphitheater was over that wall in front of you.
When the Rome-Naples railway line was built, the tracks have split the minor amphitheater in two parts.

The Flavian amphitheater of Pozzuoli and the persecution of Christians.

During the persecutions of the Christians by the Emperor Diocletian in 305 AD / CE Gennaro (now San Gennaro patron of the city of Naples), Festus, Desiderio and Sossio were martyred. The emperor decided to let them torn to pieces by animals in the arena of the amphitheater. The martyrdom was suspended, but the reason is unknown.
A legend says that a miracle of Gennaro (San Gennaro) saved the martyrs: the animals, instead of tearing them to pieces, knelt at the saint's feet. But all this was not enough to same them becasue the execution was moved to the day afert and to the top of Solfatara the Vulcan. During the execution another martyr, Procolo (now the patron saint of Pozzuoli), was also killed.