History of City of Naples

The history of city of Naples and the legends:

from Neapolis's foundation to the Kingdom of the Two Sicilies

The city of Naples is a city in southern Italy, capital of the Campania region and overlooks Capri’s Island.

This city is surrounded by Ischia, Capri, and Procida’s islands, Phlegraean fields, the Sorrento peninsula, the volcano Vesuvius, etc. is among one of the most visited places in the world. Naples is an inherited culture and the buildings built by the invaders who for centuries dominated and reigned in this city. Its history in fact, be-gins in 900 BC.

But we must not forget the art of cooking: The Pizza, the Casatiello, the Tarallo napoletano, the mozzarella, the limoncello, the Babà, the Pastiera napoletana, the sfogliatella, the struffoli, and what it's called in Naples “ò Cafè" (the Coffee).
In Naples, it’s tradition to buy a cup of coffee for brothers, friends or strangers. Nothing can stop this custom, not even in serious economic difficulties, and the real Napolitan knows that. He pays al-so for à Caffé sospeso (Hanging coffee). For a homeless, beggar or someone else that can't afford it.

Naples is also called city of Parthenope (from Greek “Virgin”), the mermaid who tried to en-chant Ulysses, but she failed. So, she took her own life and threw herself from the cliffs of the island (it’s not certain if the island is Capri or Li Galli near Positano). The body of the enchantress was carried by the sea until the Islet of Megaride, where now there is the Egg Castle: the oldest fortress of the city. 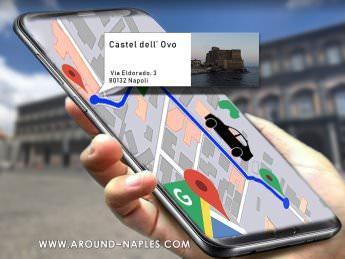 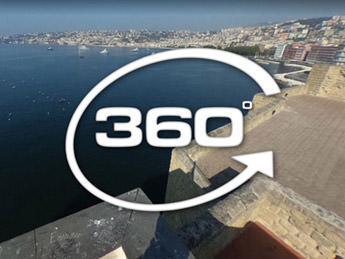 About this fort there is another legend that give it the name. Virgil the ancient Roman poet (lived in the 1st century B.C.) he hid an enchanted egg in the basement of the castle, but if it was lost or bro-ken, the castle and the city of Naples will be it would collapse eventually. During the IX century A.C. an arch that supported the castle fell down. The queen, Johanna, sworn to have the egg replaced, because the people were in panic.

History of city of Naples:

In the 9th century BC the Greeks settled the little island of Megaride, and they created the first inhabited center: Parthenope.

In 470 BC Cumae (Greek colony) founded Neapolis (from the Greek new town) on the old inhabited center which changed its name from Parthenope to Paleopolis (from the Greek ancient city).
In 326 BC the Romans conquered Naples. During the empire the Neapolitan city, with its enchanting landscapes and natural thermal baths, became a holiday destination for the Roman nobles and the many writers of that time: Virgil, Cicero, Horace etc.
In 79 A.D. there was the eruption of Mount Vesuvius, the cities of Pompeii, Herculaneum, Stabia and Oplontis were destroyed.

NAPLES AND THE BARBARIAN INVASIONS

In 476 A.D. the entire Italian peninsula was conquered by the Barbarians (Germanic people).

In 536 A.D. Naples was conquered by the Byzantines and the Duchy of Naples is born.

In 1137 A.D. the Normans (Danish and Norwegian people) conquered Sicily and Naples. The kingdom of Sicily was born.

In 1194 A.D. The kingdom of Sicily was conquered by the Suevi (Germanic people). Federico II University was established there.

In 1266 A.D. Charles I of Anjou (son of King Louis VIII of France) conquered the kingdom of Sicily.

In 1272 A.D. the construction of the Maschio Angioino (Also called the New Castle) begins. 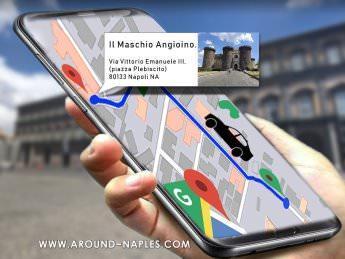 In 1275 A.D. the construction of the sant’ Elmo Castle begins 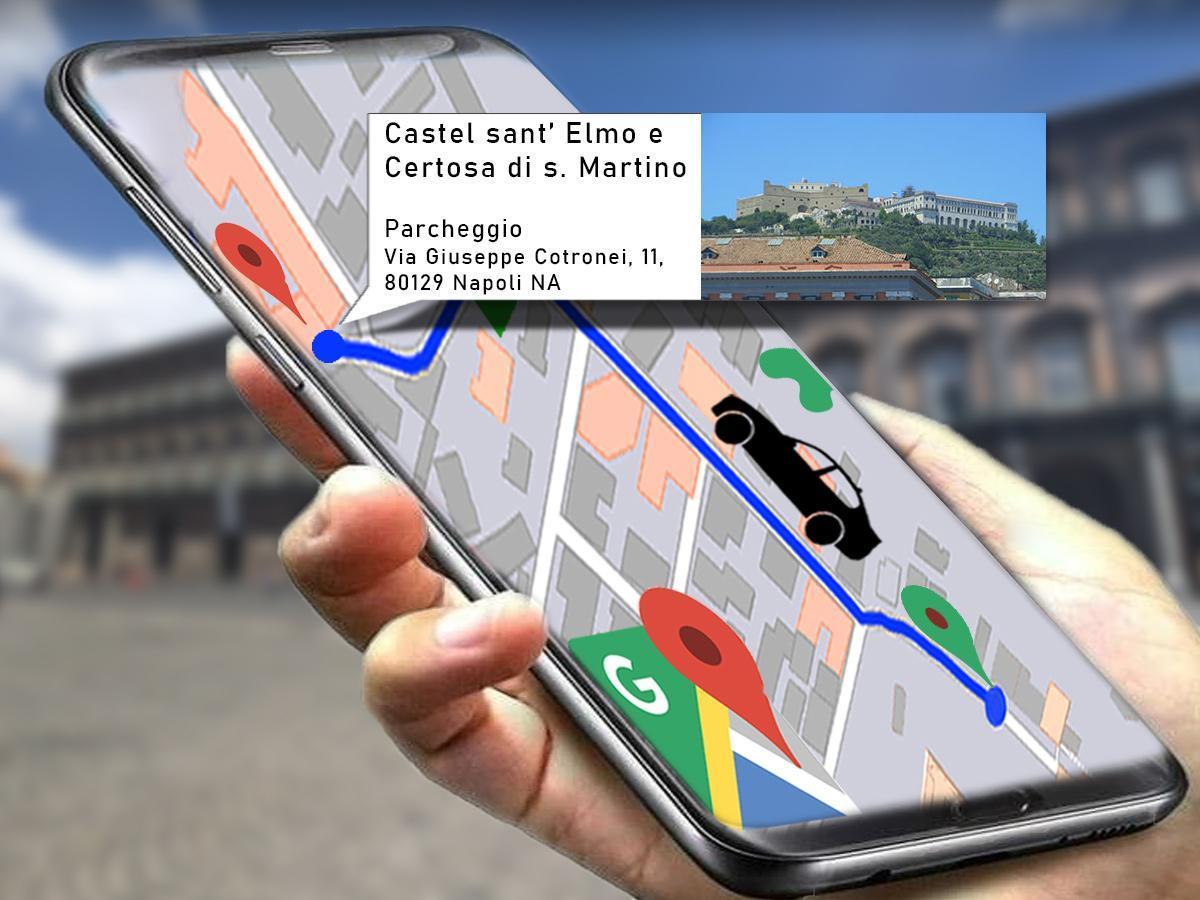 In 1302 A.D. the kingdom of Naples is born: the Angevins lose Sicily. The Aragon's troops of Spain conquered the island.

In 1442 A.D. Alfonso I of Aragon of Spain, king of Sicily, conquered the kingdom of Naples. So there are 2 different realms (Naples and Sicilie) but there was the same king.
Among the works built by the aragonese there are: Porta Capuana (Capuana door, one of the ancient gates of the city)... 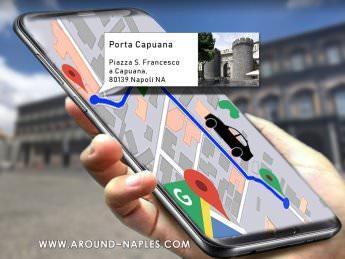 ...the aragonese castle of Ischia...

In 1501 A.D. Louis XII of France (Valois-Orléans dynasty) conquered the kingdom of Naples. But only after 2 years the Aragonese regained it.

In 1503 A.D. Ferdinand II of Aragon, known as the Catholic, reconquers the Neapolitan kingdom. He also adapts the viceroyalty system.
In 1516 A.D. Charles V of Habsburg, son of Joan of Aragon became king of Naples (same family but the surname is changed).
In 1600 A.D. the construction of the Royal Palace of Naples begins (in Plebiscito square). 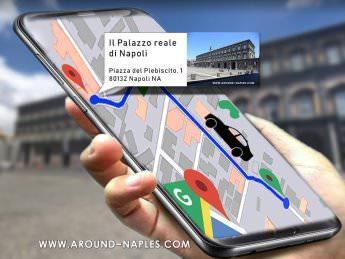 In 1647 A.D. The Neapolitan Republic is born, but after a few months of revolt the Austrian conquered it. The new reigning king adopted the vice-royalty system.
In 1700 A.D. the king has no heirs and the Spanish succession war begins with the Bourbons of France against the Habsburgs of Austria. Charles VI of Habsburg rises to the throne.

NAPOLES CONQUERED BY BOURBONS OF SPAIN

In 1734 A.D. the Spanish Bourbon army conquered the Napolitan kingdom. New King of Naples is Charles of Bourbons.
Next year the Bourbons also conquered the Kingdom of Sicily. Two differents reigns but with same monarch.
In 1737 A.D. the Royal St Charles Theatre was inaugurated. 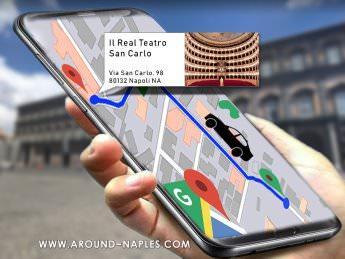 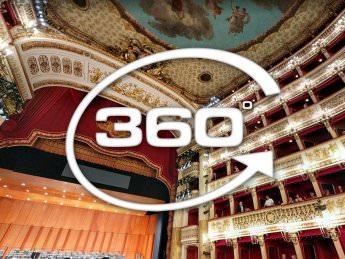 In 1738 A.D. the construction of the Royal Palace of Portici begins 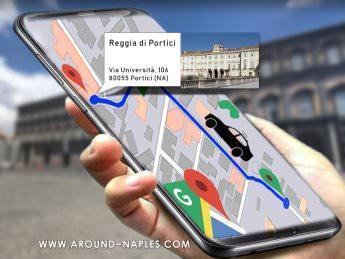 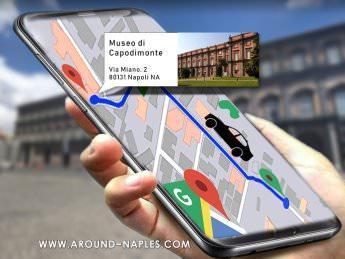 In 1751 A.D. the construction of the Bourbon Hospice for the Poor begins. It is a place where the homeless of the city was hosted. 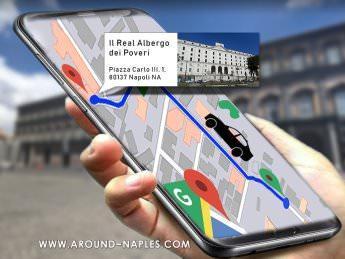 In 1752 A.D. the construction of Royal Palace of Caserta begins. 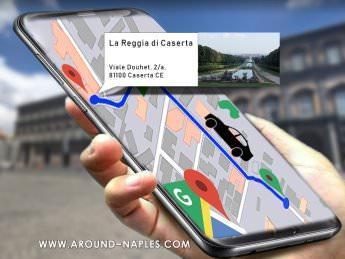 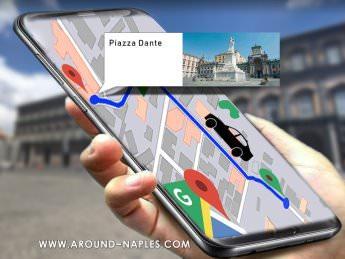 In 1806 A.D. Napoleon Bonaparte conquered the kingdom of Naples.

THE KINGDOM OF 2 SICILIES : BORBON RESTORATION

In 1815 A.D. after the Congress of Vienna, the Reign of the 2 Sicilies was born with the Bourbons back in power.
In 1816  A.D.  Plebiscito square (in italian Piazza del Plebiscito) and the Basilica of Saint Francis of Paula were built. 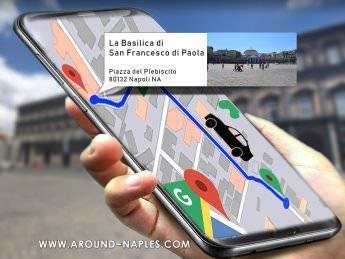 In the same year (1816 A.D.) is realized on the Vomero’s hill The Villa Floridiana (the large park with a big terrace that overlook the golf of Naples). 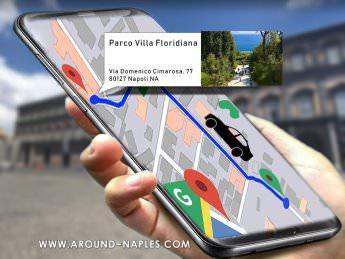 In 1839 A.D. the first railway of the Italian peninsula was inaugurated. It connects Naples with Portici. In this city there is the Petrarsa Museum (Museum of Old Locomotives). 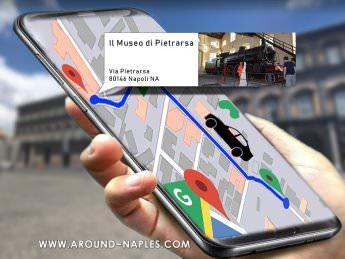 In 1841 A.D. the Vesuvian observatory was inaugurated.
In 1860 A.D. with the expedition of the 1000 (led by Garibaldi) Italy reaches unity. The kingdom of Sardinia has conquered that of Naples and Sicily. Vittorio Emanuele II of Savoy becomes king of Italy.

In 1887 A.D. it was starting the construction of Umberto 1st gallery. 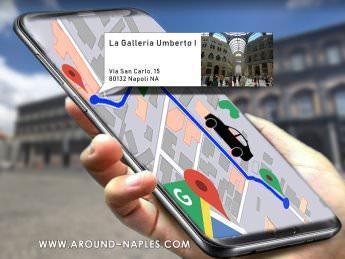 In 1946 A.D. the Italian Republic is proclaimed. The Kingdom of Italy of the Savoys came to an end.