The archaeological excavation of Cumae.

The excavation of Cumae, the vestiges of ancient of colony of Magna Graecia (VIII century B.C.). From the myth of the Sibyl to what remains today.

The areas to visit of the excavation of Cumae:

Archaeological excavations of Cumae, how to get there.

The Acropolis of Cuma

The cave of the Sibyl of Cumae

The viewpoint of Cumae : the view on the islands of Ischia and Procida 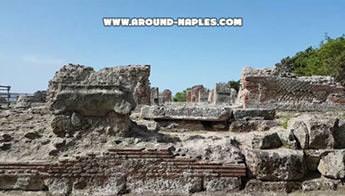 The Cuman temple of Jupiter. Also called the upper terrace 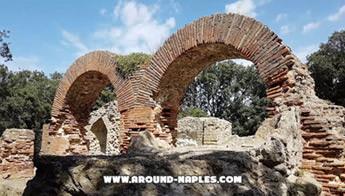 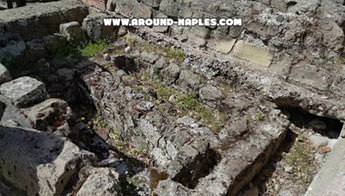 The history of Cuma, a Greek colony

Cumae was a city of the Campania region. It was a historical and cultural city of the ancient world.

It was one of the oldest Magna Graecia colonies, maybe the first one. Founded in the 8th century BC (Maybe in 740 BC) during the Iron age. Then it was abandoned during the Middle Ages, around 1200 AD.

Where are the archaeological excavations of Cumae?

It's located north of Naples, in front of Ischia Island, on the Campania region coast, in the province of Pozzuoli (The Phlegraean Fields). The name of this land came from the Greek meaning: burning land, because there are many hydrothermal phenomena, such as fumaroles and hot springs, because it's a volcanic area.

The history of Cumes:

The colonized land was very fertile, and the settlers immediately became farmers.
They were also skilled maritime traders, so their political and economic power grew very quickly. They extended their territory to the Sorrento peninsula: the whole bay of Naples.

The legend of the Sibyl of Cumae

The legend tells de story of Apollo (Greek deity of sun). He was in love with a young virgin: Sybil.
He would have liked the young woman became his priestess. In exchange she could have anything she wants.
So she just asked the immortality without the eternal youth. It was a huge mistake.
Over the years she grew older and older and her body becomes weak, tiny and very very used up, until she vanished and just the voice remained.

How Sybil predicted the future?

Sybil listened attentively the requests from the people. Then She wrote the answers on some leaves that was mixed by the wind created by Apollo.
So as the leaves was shuffled together, Sybil had to interpreted the future.
The people did not always appreciate the response, because it was the word on air  (in English means fallen on deaf ears).

After these dates, Cumae became a quiet and peaceful place, where it became one of the most important Christian centers of the region of Campania.